All Posts Join Us 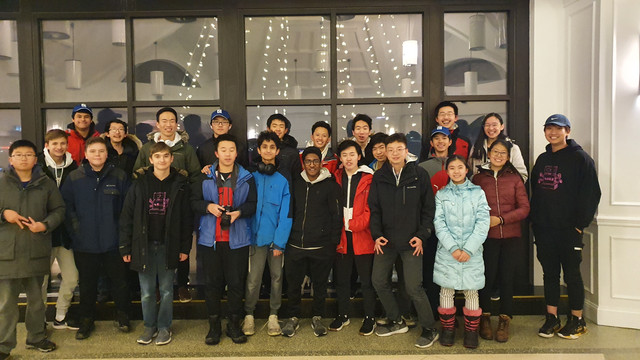 Today, Colonel By sent 4 teams to the VRC Provincial Championships on Saturday, February 29th. Colonel By showed themselves to be considered amongst some of the best teams in Ontario, with their hard-work, dedication and preparation being evident throughout the competition. In the round-robin portion, Colonel By teams went a combined record of 19-9, with 3 teams being selected to compete in the elimination bracket. Team Z, the team who unfortunately missed the elimination round, faced a very difficult schedule and encountered an unexpected hardware failure, leading to them just missing being selected for the elimination round. Teams Y and C partnered to form an alliance, won their first playoff round and came within 6 points of winning their quarterfinal match, a win that would have qualified them for the World Championship. Team W partnered with a team from Niagara Falls, and lost in the first round to last year's tournament finalist. But with a strong performance in the skills portion of the competition, a performance that placed them 38th in the world, Team W was able to qualify for the World Championship.

Finally, we would like to especially thank Mr. Hudson and Colonel By administration for negotiating and allowing us to represent colonel by in the VEX EDR robotics 2019-2020 season at all of our tournaments. Despite teacher strikes, and trips as far as Niagara falls, without their support we would not be able to be where we are today.

So far we acquired 2x Excellence awards, 3x tournament champions, 1x skills champion, 1x design, 2x innovate, and 1x build. Congratulations to all teams who qualified for worlds, and thank you all for an amazing season thus far.